When you look at the picture of the Fathers of Confederation, George Brown is third from the right. This is how he got there.

George Brown was the eldest son of Peter Brown and Marianne Mackenzie, was born in Alloa near Edinburgh Scotland. Peter Brown was an advocate of civic and religious liberty, free trade and his values were passed on to George. When economic depression hit in 1837, Peter and George, then age eighteen, set sail for New York.

Peter and George opened a dry goods shop that thrived. In the next couple of years, Peter became interested in more than commercial trade. He became a regular contributor to the weekly British Emigrant Newspaper and published a book in 1842 that favoured the British parliamentary system over the American republican model of government. Peter turned his full attention to journalism. In June of 1842, he began the publication of the weekly British Chronicle, with his eager son in training. The paper started taking notice of Canadian affairs and George took on the role of Canadian correspondent. By the time his apprenticeship was done, he was the publisher of the British Chronicle and his father served as editor.

The British Chronicle had become a defender of the Church of Scotland’s decision to split from the state Presbyterian communities and free kirk supporters. The Scottish issue held important implications for the Browns. They invited them to move the paper into Canada. As a correspondent, George had already made contacts with leading Canadian reformers. George also felt that the young Canadian colony offered many more opportunities to get ahead then New York. George convinced his father to take the offer.

So on August eighteenth, 1843 the first issue of the Toronto Banner made its debut! It was dedicated to Reform principles, that of one man one vote, and separation of church and state, and Presbyterian interests such as sobriety, and anti-slavery. Peter covered the religious department and George the secular department.

George became a champion for the Reform cause so much so, that within a few months another group approached the Browns with a better offer. For two hundred and fifty pounds sterling capital investment, they wanted an official Reform Party newspaper. The Browns jumped at the offer and the Toronto Globe made its first appearance on March fifth 1844. George’s vision was to make the Globe the most influential newspaper in British North America.

The Globe advanced to a tri-weekly newspaper by 1849. There was also a weekly edition specifically for the countryside. This made him very political. By 1853 the Globe had the largest circulation in the country.

In less than ten years the Browns had built the Globe into a full-scale operation. The paper’s aim was to enlighten the rural public about their responsibilities in a democracy. It was at this time George became a popular and powerful orator at political rallies. His great oratorical skills created hatred and tension between himself and John A. McDonald.

The new Provincial Reform cabinet commissioned The Globe to investigate accusations of abuse in the new provincial penitentiary at Kingston. After a year Brown’s report exposed the prison’s “most frightful oppression and revolting inhumanity toward prisoners”. Brown recommended that the practice of separating hardened criminals from first time offenders and juveniles, and the provision of rehabilitation and aftercare. The report also recommended that permanent salaried prison inspectors be appointed.

This report was so damning that it led to the firing of Warden Henry Smith. Smith was an old family friend of John A MacDonald. The spark was lit and the feud lasted between Brown and MacDonald for years.

Brown used the Globe for many subjects, but his most passionate issue south of the border was slavery. The United States passed the Fugitive Slave Law in 1850 and Brown did not hesitate to attack the institution of slavery in the southern U.S. In 1851 Brown founded the Anti-Slavery Society of Canada. Its goal was to end slavery in North America and help U. S. slaves escape into Canada through the Underground Railroad. Brown was now one of the most influential political advocates for these issues. He was ready to champion radical reform in the parliamentary arena!

In the fall of 1851, Brown ran for the Legislative Assembly of Upper Canada as an independent Reformer in Kent County. It was an easy victory. Between 1850 and 1855 Brown acquired extensive lands in Zone Township. When the Great Western Railroad was built across the lands in 1855 Brown established Bothwell as his estate and sold town and farm lots. He had the town surveyed, established mills, cut lumber, and advertised in the Globe for someone to operate a cabinet factory.

The Reform convention was held in 1857 and the party formed a new platform under the banner of the newly formed Liberal Party of Upper Canada.

When the depression of 1857 hit, Brown was unable to proceed with development because the country was running on credit and Bothwell was mortgaged. He turned his commitment back to the Globe. For the next four years things did not go well. Brown was even bed-ridden and missed the 1861 Parliamentary session. He lost his riding and was out of parliament.

With the onset of the Civil War to the south, business picked up. More importantly, oil fields were developed on his property in Bothwell and the surrounding area. By 1863 Bothwell was the second largest community in Upper Canada.

As early as 1849 Brown had been pushing for a separate Canadian Nation and for that purpose, he used the Globe to launch a new Federation campaign. He believed that a federal union would settle difficulties between Upper and Lower Canada. He based his idea on representation by population and introduced the concept at the Upper Canada Reform Convention in 1859.

While Brown was ill he took time to recuperate in Edinburgh Scotland. In those two years George had not only gotten better, he took a wife Anne Nelson. In December of 1862 he returned to Canada and the next year jumped back into politics. He won the by-election in South Oxford riding. Then there was parliamentary grid lock. McDonald and Cartier invited Brown to come up with a solution.

On June 22, 1864, the Great Coalition was presented to the House of Commons. Its council members worked tirelessly to outline a federal scheme to propose to the Maritime Provinces. Brown’s presentation on the proposed constitutional structure of a federal union received unanimous endorsement at the Charlottetown Conference. He moved forward to play a major role in the Quebec Conference. But while he was negotiating with New Brunswick in the fall of 1865, the government was deciding on a policy of joint legislative action to seek reciprocity with the United States. Although Brown had long upheld the idea of economic reciprocity, he feared that seeking it through this legislative means would put Canada’s prosperity at the mercy of the American congressional lobby. Despite tense cabinet discussion, Brown failed to sway his colleagues and resigned from the Coalition in December of 1865.

Brown returned to Brantford, where he started a new cattle breeding enterprise. He still had The Globe. Then he met his neighbour’s son, Alexander Graham Bell, who offered him a share in the rights to his new “sound telegraphy” invention in exchange for an advance of $600.00 plus a patent in Britain. Brown actually thought about, it but was not convinced of its value and turned him down.

At the age of sixty-one George Brown died of complications following a gunshot wound. In March 1880, George Bennett, a former Globe employee entered Brown’s office drunk and initiated an argument. He pointed a gun at Brown, a scuffle ensued and Brown suffered a flesh wound to his thigh. The injury became infected and seven weeks later George Brown died.

George Brown’s legacy comes with his newspaper but his greatest achievement was his contribution to Canadian Confederation. Because of his vision, Canada is not just a collection of eastern provinces, but stretches coast to coast.

The man whose conduct in 1864 had rendered the project of union feasible.Governor-General Monck 1867 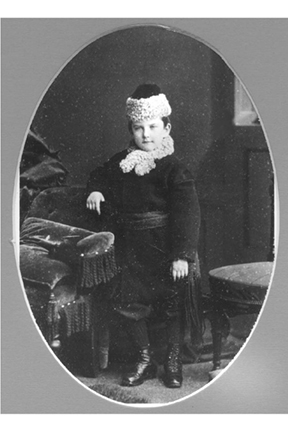 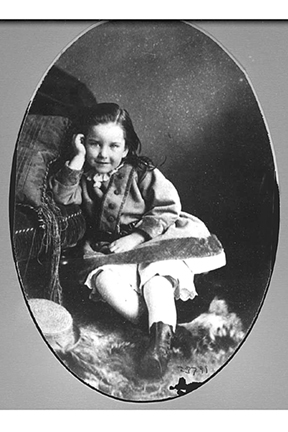 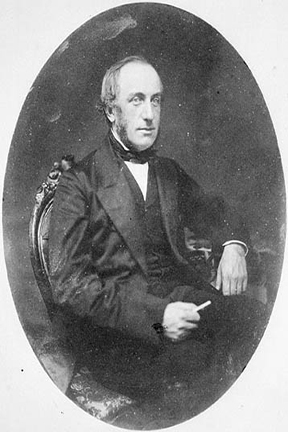 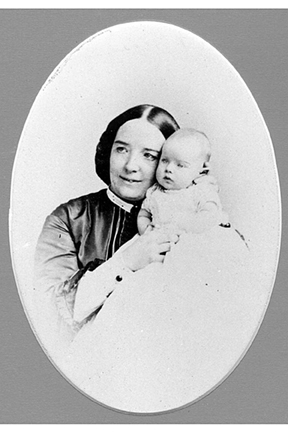 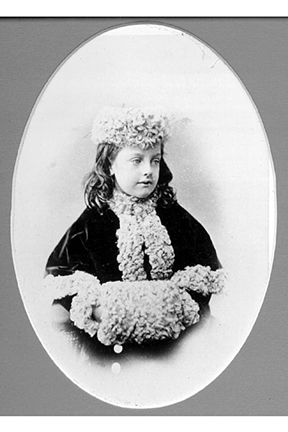 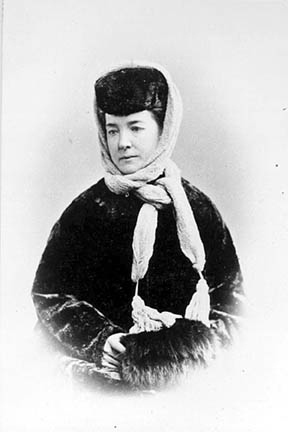 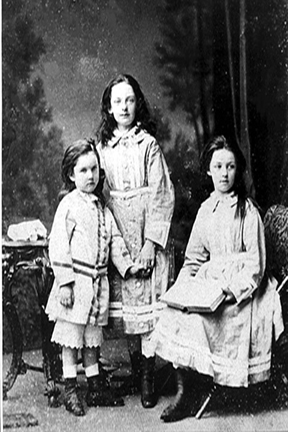 The first detection of oil was in 1792 when the Moravian Missionaries and the Lenni-Lenape (Delaware) Indians found oil seeping into the Thames River. They used the oil in their lamps for light, as medicine for rheumatism, toothaches and headaches. For certain aliments they used it internally with good results. It is recorded how the Lenni Lenape gathered large amounts to fight smallpox and how the cattle sought it as much as salt.

For more details on oil “The Fairfield Diaries” by Sabathy Judd “Wilderness Christians” by Elma & Leslie Gray, and “The Prize” by Daniel Yergain . 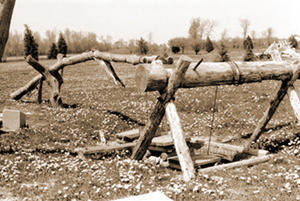 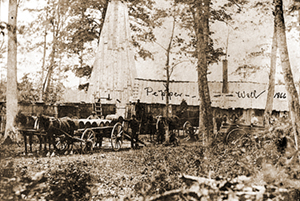 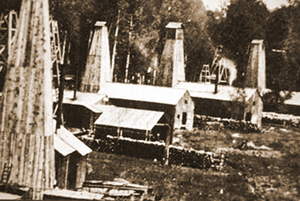 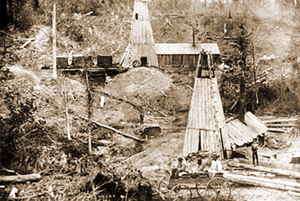 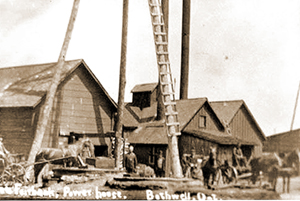 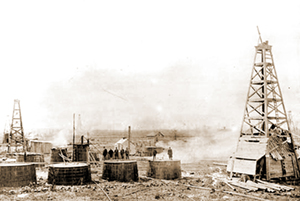 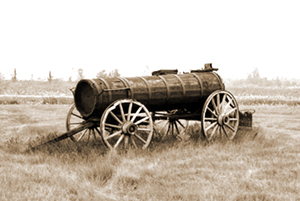 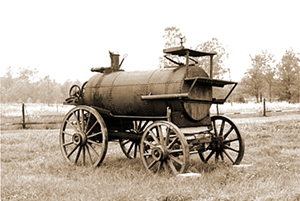 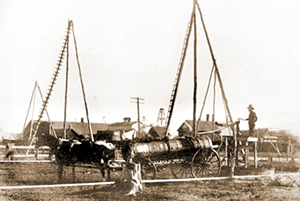 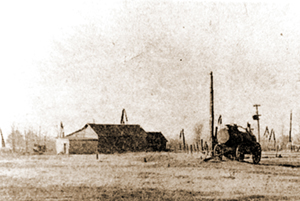 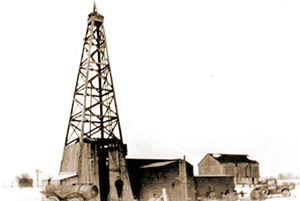 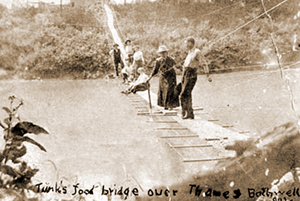 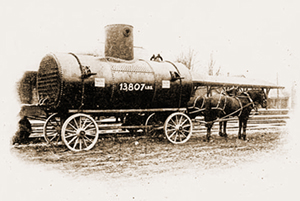 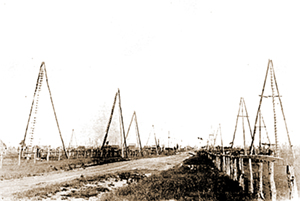 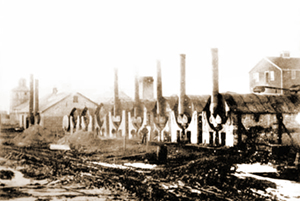 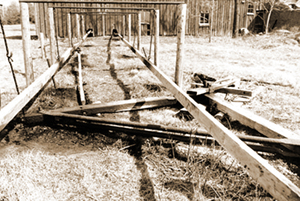 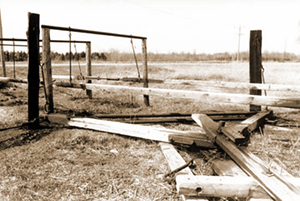 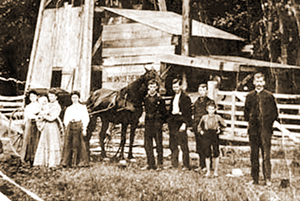 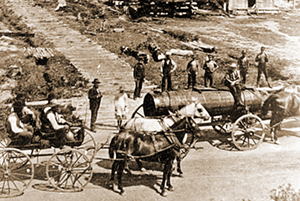 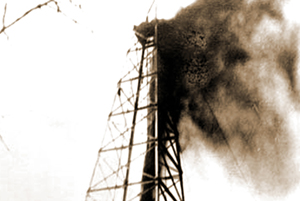 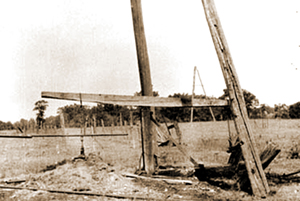 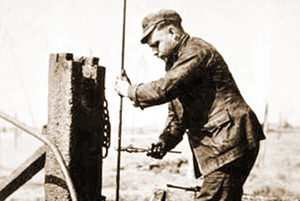 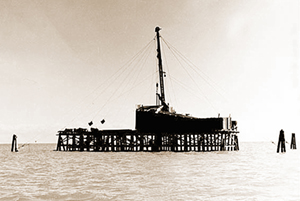